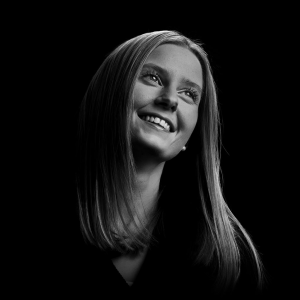 Kind greetings from Peakboard and me from Seattle. We finally made it! The journey was long, but we landed well and now my first week in the USA has already passed. I will share my impressions and experiences with you in this blog post.

of jetlags and phone contracts.

On my first day, there was no sign of jet lag, and Peakboard and I explored the area a bit. I also wanted to get an American phone contract, because without an American phone number you are actually a bit lost here. Besides, the phone number is also important for prospective customers to get in touch with the office of Peakbaord America Inc. Side effect: You get calls directly and throughout the whole week. Of course, most of them were advertising calls, but somehow you get the feeling that you have arrived.
The next day was my first official day at the office. Of course, it was raining, but how could it be any different in Seattle? So we packed our umbrella and headed out.
Seattle is bigger than I thought, and as a result I got off at the wrong stop. Well, we continued on foot. That’s one way to get to know the city.
Once I arrived at the office, everything was fine. For the time being, I am sharing the office with the US branch of Theobald Software. So for the time being I am not alone, but surrounded by familiar and friendly faces.
The office is located in a building where other companies have also rented office space. In typical American fashion, there is filter coffee and ice cubes for the water.
At noon, jet lag kicked in, and by 3 p.m. I was so tired that concentration was out of the question.

what else has happened.

My personal highlight of the week: The Peakboard America Inc. bank account is now set up. This is an important milestone because now we can cover the entire customer process all the way to invoicing in the US.
I also signed up for a smaller conference that will be held in Pittsburgh in June. It’s called the Smart Manufacturing Experience. In the coming blog posts, I will explain in more detail how exactly a trade show in the USA is organized.
Also, our landing page for Peakboard American Inc. is online. Why don’t you check it?
And last but not least: We now have a profile on the American Buyers Guide Thomasnet.com. If you want, feel free to visit us there too.

where do we go from here?

The next big step is to decide where the final location of Peakboard America Inc. will be.
Those who have read the last few articles already know that Seattle is our first stop. Another possible location for Peakboard would be the city of Chicago. Chicago is located in what is known as the Manufacturing Belt of the United States, which stretches from Chicago across the Great Lakes in Michigan to Boston. The heart of industry in the USA, so to speak. This is where manufacturing companies are located, one of Peakboard’s main target groups.
Whether it’s worth being close to our potential customers is something I’ll find out next week when I travel to Chicago. You’ll read about what I experienced there in the next blog post. So stay tuned! My name is Nina and I am the head behind the project “Peakboard goes America”. I am 27 years old and joined Peakboard in August 2018 as a Master’s student. After that, I stayed with Peakboard as a Business Development Manager.
In this blog, I want to take you on our journey and give you an insight into how Peakboard is doing in the US. I’m very excited about this extraordinary project and have a lot planned for the future.

See you very soon!
Yours Nina process optimization – what you need to consider when improving workflows.