how to efficiently collect and use operating data with the raspberry pi. 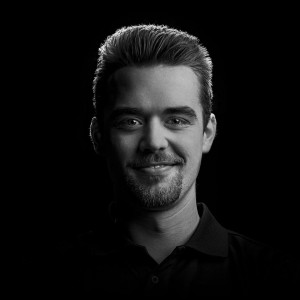 As the digitalization of industry progresses, the scope of human tasks is also changing. The factory worker of yesterday will probably be confronted with completely new and more demanding tasks in an Industry 4.0. In order to do justice to this role, it is crucial that employees receive the right information so that they can carry out their tasks independently and on their own responsibility. To ensure that relevant information reaches the right person in the right place at the right time, it is helpful to record the required data in production and then prepare it accordingly directly on site.

To ensure that your factory is ready for these new requirements, there are several possible approaches. The most expensive, but also cleanest solution would probably be to replace all old machines with new ones with native interfaces for data acquisition. But since this is not an option in most cases, retrofit options for the existing machinery are often needed. Mini-computers, such as the Raspberry Pi, are ideal for this purpose.

The Raspberry Pi is a single-board computer that was originally used for learning and tinkering purposes. However, due to its versatility and simplicity, it is now also used in many industrial environments. Thanks to its great popularity, a real community with a great knowledge base has formed. If you have questions about the Raspberry Pi, whether about general difficulties or detailed instructions, this community can help. Alternatively, ready-made solutions are also offered commercially. Nevertheless, for the realization of a project with the Raspberry Pi a certain technical basic understanding, as well as time and will to deal with the matter in detail, is needed.
But how exactly do you use the Raspy – as the Raspberry Pi is also affectionately known – to build your own terminal for production data acquisition?

To make sure that your project with the Raspberry Pi can be realized in a structured way, you should first answer a few questions:

which data and what to do with it?

First, think about what the source of the data is and what the target is.
For a PDA terminal, a variety of data sources might be possible, including sensors or microcontrollers such as an Arduino.
Generally speaking, anything that provides interesting data is a source. As a general rule, anything that provides interesting data is a source, even if there is no direct link to the company. For example, it can also be useful to provide generally applicable information such as the weather, traffic or world events, as often used in digital signage systems.
Besides data storage, targets can also be more advanced projects that build on the PDA terminal. An example would be an IoT dashboard, which can be implemented with another mini computer to visualize the data from the PDA terminal. Similarly, alerts via industrial traffic lights or loudspeakers could also come in handy to make the best use of the collected operational data.
In our case, the answer to this question lies in the problem definition. As an example, we want to read data from barcodes and persist it in a database. Thus, the source would be the barcode and the target of the data would be the database.

which raspberry pi is the right one?

At www.raspberrypi.org you can find all variations of the Raspberry Pi. But which one is the right one for this application? How do you get a solution that is as inexpensive as possible, but still has the functionality we need?
First, we should limit the product selection based on its function. For the desired data of our example, we need a way to read a barcode. Since there is no Raspberry Pi that supports this natively, an additional device is needed here. The simplest option for barcodes here would be a USB-enabled barcode scanner. You can find such devices quickly on the internet by doing a simple search.
For our Raspberry Pi, this in turn means that we will necessarily need a USB connection. In order to access our database, a connection to the network is also required.
Under these conditions, the Raspberry Pis 1-4 come into question. Exactly which one to buy depends in turn on various factors such as computing power, size, power consumption, and price, as well as their weighting.

which is the right operating system?

Before the actual project can be realized on the Raspberry Pi, an adequate operating system has to be selected. Basically, all common operating systems can be installed on the Raspberry computer hardware. However, for a dedicated application on a not too powerful computer – which applies here – rather a “lightweight” variant should be chosen.
“Windows IoT Core”, for example, is available here as a Windows-based system. For Linux-based systems, the selection is significantly larger. For example, Raspberry Pi OS – the dedicated operating system of the Raspberry Pi Foundation – is a good choice. Alternatives would be slimmed-down versions of well-known distributions like “Ubuntu Core” or already standard lightweight variants like “Arch Linux”.
There are no license fees for “Windows IoT Core”, as well as for most Linux distributions.
Other important factors for the decision on the right operating system are, on the one hand, the surrounding infrastructure and, on the other hand, prior knowledge of the various programming languages and the use of operating systems.
If the application running on it is to be based on Python later, the right choice falls on a Linux distribution. If, on the other hand, C# is to be used, the right choice is Windows IoT Core.

where does the software for processing my data come from?

There are already many applications for the Raspberry Pi. For example, programs for managing mails or an MQTT broker can be installed and configured without much effort. However, if specific tasks are to be performed, you will also need specifically adapted programs, which makes dealing with a programming language unavoidable.
In the example with the barcode and the database, the application has to accept data from the connected barcode reader and write it to the database. To do this, it must be able to process incoming text input. Likewise, a connection to the desired database is needed to properly store the incoming information.
The exact development and programming of such an application will not be discussed in detail here. The effort depends strongly on how easy it should be to adapt the application in case the desired data or its format changes.
If you have no previous experience with programming languages, visual programming can be helpful. Here, a look at Node-Red or Google Blockly might be worthwhile.

The Raspberry Pi is a versatile single-board computer that can also be used to implement a PDA terminal. Since in this case, however, a very specific processing of data is necessary, in most cases no ready-made software solution will be found. Thus, it is necessary for an efficient realization that the appropriate software is implemented. However, this requires time and prior knowledge or more time and the will to learn new things.
Alternative approaches offer proprietary solutions, which either completely take over the development of a PDA terminal or at least greatly simplify it. One approach, where the relationship between own effort and external costs can be determined by the customer, is provided by us at Peakboard.
We have set ourselves the goal of providing a platform with which end users can realize their own projects without prior knowledge in an acceptable time and also customize them later. Alternatively, we also offer complete implementations based on our own platform. Download our software, the Peakboard Designer, and see for yourself. Have fun with the realization!

Try the Peakboard Designer and create your individual dashboard.